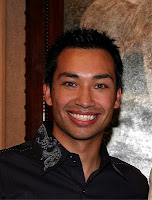 
Buddy Le was one of the top, high-end diamond salesmen for a reputable jeweler in Southern California before taking his skills to Ricoh Americas Corporation, a leader in document management solutions specializing in hardware and software products.  Buddy quickly became the #1 rep in the Los Angeles North Region.  Today, Buddy Le owns the Coeur d'Alene Galleries, one of the nation's premier Western, Wildlife, and Sporting Art galleries specializing in 19th & 20th century art as well as today's leading contemporary artists.  In 2011, the North Idaho Business Journal selected Buddy as one of the "Top 30 Under 40".  Nominated by his peers and awarded by a jury of prominent business executives, Buddy was selected as one of the Top 30 business people under 40 years old.

Originally, from Coeur d'Alene, ID, Buddy and his wife Shawny were living in Southern California, when a very special person presented the idea of purchasing Coeur d'Alene Galleries.  A very well-respected Western, Wildlife, and Sporting art gallery that was established in 1986 by Bob Drummond.  Buddy's sales/marketing background was a perfect fit for the reputable gallery, and in 2004, Buddy and Shawny purchased the Coeur d'Alene Galleries from Mike Overby and the immersion began.  Buddy immersed himself in the Western Art World by traveling to the major Western art auctions and major Western museum shows around the country and he read everything he could get his hands on regarding Western Art.  Buddy quickly became an expert on collecting works by 19th and 20th century artists as well as today's leading contemporary Western & Wildlife artists. 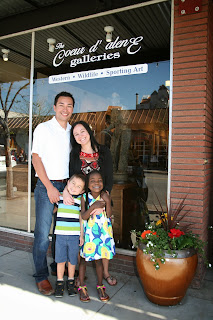 Buddy has contributed to building major collections around the country and was invited twice to be a juror for the annual Charles Russell Benefit Auction in Great Falls, MT to benefit the Charles Russell Museum.  Buddy has a keen eye for quality works, and has repeatedly promoted emerging artists to national household names.  Buddy believes the Western Art World is so much more than just the art.  The people, the relationships, the "hunt for the perfect painting", the social events and of course the historical significance of the artwork all make collecting Western Art unlike anything else.

Buddy is married with two children and currently resides in Hayden, ID.  He always enjoys a good laugh, a cold beer and spending time with his family and friends.  Buddy has served as President of The Coeur Group, a community service organization made up of young business professionals who are dedicated to giving back to their community.  Buddy has served on the Board of Directors for the Coeur d'Alene Summer Theatre, but his favorite volunteering venture is organizing and running the Watch D.O.G. program at his kids' elementary school.  The program includes having a volunteer dad spend an entire day at the school playing, helping and having a positive male influence on the students.  Buddy's other passions include golf, fishing, backpacking, playing basketball, traveling, and coaching youth sports.
Email Post